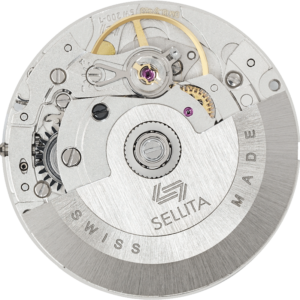 The Sellita SW200 family is considered a clone of the ETA 2800 family, though Sellita offers many more variations on the basic movement design. After ETA stopped offering Cal. 2824-2 and other popular movements to third parties in 2021, Sellita’s SW200-1 has become one of the most common movements in Swiss watches outside the Swatch Group.

The Sellita SW200 family was originally conceived in 2002 as ETA announced that they would no longer sell complete movement kits (“ebauches”) to other companies. At the urging of Swatch Group CEO Nicolas Hayek, Sellita took the public-domain schematics for the ETA 2824 movement and began working to produce a complete replacement movement. In 2004, Sellita announced their SW200 family of movements based on the ETA design. The SW200 family was officially added to the line in 2007. Since then, Sellita has delivered over 10 million examples of Cal. SW200 family movements.

Today, Sellita produces over 1 million SW200 family movements annually, sourcing components from subsidiaries in Switzerland and Germany as well as suppliers in other countries. Unlike some ETA competitors, major movement components are not sourced from China and the company is owned by Spanish industrialist, Miguel Garcia.

ETA’s offerings in the 2800 family are fairly limited, with just six movements currently listed. This contrasts to the SW200 family, which includes no less than 27 different models. Sellita’s movements also have extra jewels compared to their ETA cousins.

All automatic winding members of the SW200 family include bi-directional winding using a central rotor. The winding mechanism contributes to the overall thickness of the movement, adding 1 mm compared to the more-integrated winding system on the SW300/2892.

The Sellita SW200 design includes an extra jewel (bringing the total to 26) between the barrel and ratchet wheel. This serves mainly as a technical differentiator between the movements and is not an area of deficiency in the original design.

In 2008, Sellita modified the tooth profile of three wheels in the winding system to make them more resistant to shocks and wear. This resulted in the “-1” series of movements (e.g. SW220 became SW220-1). All other components are identical between these movements.

The similar SW400 movements are larger, at 31.00 mm diameter, but are otherwise similar in design and construction.

Like ETA, Sellita offers a variety of finishing and regulation options to their customers. 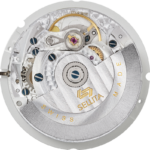 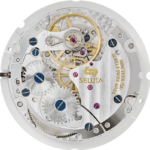 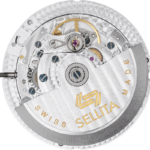