See All Movements in the Database

How to Use Grail Watch Reference

Our watch movement database is currently online. Click “Movement Database” in the menu and use the filters to select a watch movement. You may then click on any detail to see all other movements that share that characteristic.

Here are some useful queries to get you started:

This site is a database of reference information. We are initially focusing on watch movements, and are building a fully cross-referenced database of mechanical watch movements. In the future we may also include other things, including perhaps watch models and companies. 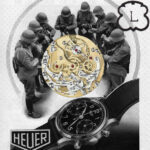 There is very little coverage of Landeron, the factory of Charles Hahn that produced many high-end column wheel movements before introducing the world to cam switching. For this reason, I have recently added most of the classic Landeron chronograph movements to the Grail Watch Reference database.

A Survey of the Kenissi Movements for Tudor, Chanel, Breitling, and Norqain 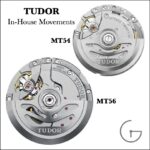 After a number of recent wins at the Grand Prix d’Horlogerie de Genève, including two last year and another this year, I felt it was time to get a better understanding of the movements produced by Kenissi for Tudor, Chanel, Breitling, and Norqain. Kenissi, a joint venture between Tudor (Rolex), Chanel, and Breitling, is becoming one of the most successful upscale movement makers, and their products are top notch. 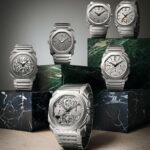 Inspired by the new Bulgari Octo Finissimo Tourbillon Chronograph Skeleton Automatic, I spent some time investigating the company’s family of “Finissimo” movements. Over the last six years, the ultra-thin Finissimo movements have taken record after record, from the exotic (tourbillon, repetition) to the commonplace (automatic). And they incorporate some serious engineering and clever thinking. Read on to learn all about the Bulgari Finissimo movements, from 2014 to 2020. 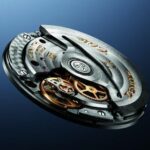 This weekend I added a Zenith’s Elite family of movements to the site. These are an important series of modern automatic movements yet are not well-understood or documented. Introduced in 1994, the Elite series gave Zenith a compact movement that was robust, reliable, and could support complications across a wide range of watches. The series was almost retired in 2015 but has been given a new lease on life and is today one of two main movement lines from Zenith, along with the famous El Primero chronograph.

When ETA names a movement, they usually use the last digit or two to signify added functions, then a numeral after a dash to indicate an update. Cal. 2892-2 was an update to Cal. 2892, and that movement added a date complication to Cal. 2890. But this isn’t how it works for ETA’s “Travel Time Trio”, Cal. 2893-1, 2893-2, and 2893-3. These were introduced together in 1992 and represent variations on one complication rather than updates.