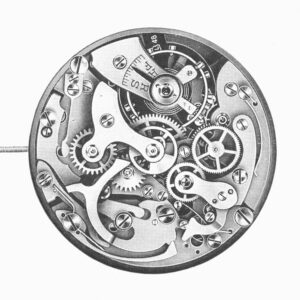 The Cal. 48 family from Hahn & Cie., a historic watch movement located in Le Landeron, began in 1937 with Cal. 47, the world’s first cam-switching chronograph movement. A long series of iterations gave rise to one of the most popular chronograph movement lines in history, with over 3.5 million examples produced over four decades. Many were simple and inexpensive movements, but some added date, calendar, and moon phase complications and found use in higher-end watches. The Heuer Carrera is perhaps the most famous watch to use Landeron’s cam switching movement, but it was also found in chronographs from Baume & Mercier, Edox, Favre-Leuba, Glycine, Helvetia, Nivada, Titus, and Zodiac. Even Lemania and Leonidas, known for their own movements, used Landeron chronograph calibers.

Charles Hahn & Cie. invented the first cam-switching chronograph movement in 1937. Cal. 47 was a major departure for the Landeron-based arm of Ebauches SA, which until then was known as a high-end producer of oscillating pinion column wheel chronograph movements based on the Breitling patents, which it acquired in 1924. With those patents expired, Landeron partnered with Dèpraz to develop an entirely new way of starting, stopping, and resetting a chronograph movement using inexpensive cams instead of the complicated mechanism of column wheel, arms, and springs. Patent CH209682 was issued on January 10, 1939 to Charles Hahn and Marcel Dèpraz.

Landeron Calibre 47 was unusual in many ways. Not only did it dispense with the column wheel, it used three buttons rather than the historic single or modern two-button operation. Chronograph operation was started using the button at 2:00, stopped using the button at 4:00, and reset using a pusher located co-axial with the crown at 3:00. This movement was highly experimental and was modified rapidly by Hahn. Once the reset function was combined with the stop pusher at 4:00, it became known as Cal. 48.

Calibre 48 was the true first cam-switching chronograph movement and was part of a family of related movements. It was also available with a full calendar complication as Cal. 58. These measured 13.75 ligne in diameter, but 14 ligne variants (Cal. 54 and 56, respectively) were also produced. Once again, Hahn continued to iterate the design, making major changes to the shape of the “hammer” cam during production. The company even made a single column wheel movement, Cal. 49, based on the ebauche.

The next major revision to the movement came in the 1940s, as Cal. 51 and its relatives appeared. These used a “boot shaped” hammer and incorporated many other tweaks for smoother and more reliable operation. Variants include Cal. 59 and 80 (with full calendar), Cal. 55 and 57 (14 ligne), and Cal. 81 (with full calendar, central date pointer, and moon phase). A later revision saw the introduction of Cal. 151, 159 (date wheel only), 180 (full calendar), and 181 (full calendar and moon phase). All of these were produced at the same time, and many components are shared between them. Even updated components are often found on previous movements, making it difficult to say for sure if a movement is Cal. 80, Cal. 59, Cal. 51, or even Cal. 48!

The movement was redesigned again after World War II with an entirely different cam actuation mechanism that resembles the letters “J” and “I”. Anchored by Cal. 148, this series also includes the last 14 ligne version (Cal. 154) as well as date (Cal. 187), full calendar (Cal. 185), and calendar plus moon (Cal. 186). A final revision was Cal. 248, a simple no-calendar movement in the 48/148 line.

As with the original Cal. 47, Landeron’s cam-switching chronographs different functionally from other mainstream chronographs: The pusher at 2:00 only started the mechanism, while the second pusher was stop and reset. Most other mechanisms combined start and stop at 2:00 and reset only at 4:00, which could be confusing for the Landeron buyer. This was rectified with Cal. 149 and its descendants, Cal. 189 (with date wheel) and Cal. 349 (with hour counter). This final movement was a major upgrade for the line, since Landeron had never before offered an hour counter on a chronograph movement.

The final revision to the Cal. 48 line use an entirely different hammer shape. All of these lack the calendar complication, with Cal. 152 and 153 being the basic models and Cal. 352 and 353 adding the new hour counter. These also use conventional start/stop and reset buttons like their predecessors.

Unlike many 2-button chronograph movements, the stop function shares the reset button rather than the start button. Therefore, on many Cal. 48 family movements from Landeron, the buttons function as follows: 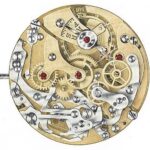 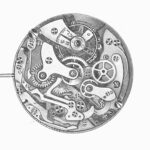 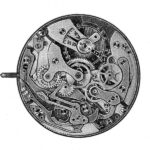 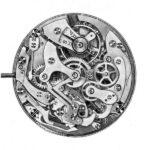 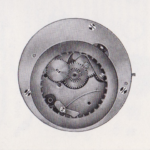 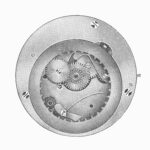 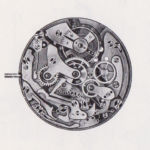 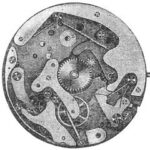 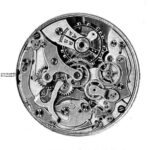 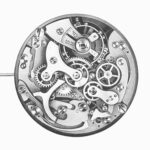 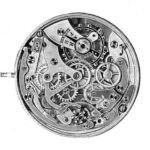 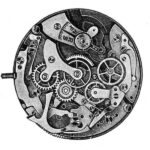 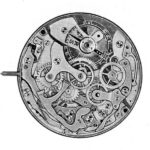 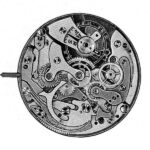 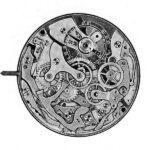 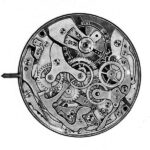 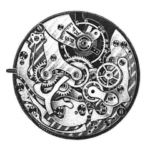 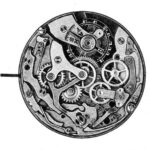 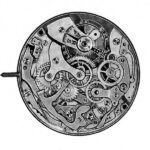