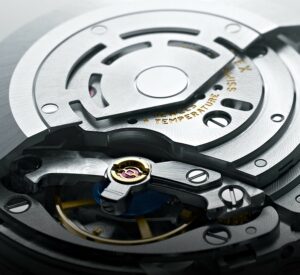 The Rolex 3100 family of mainstream automatic movements, introduced in 1988, gave the brand a solid foundation for decades of production and millions of watches. Rolex introduced Parachrom, a new anti-magnetic hairspring material, in 2000. This was further refined with a thicker blue-tinted surface structure as Parachrom Blu in 2005, ushering in a new era for the mainstream automatic movement family.

As larger watches became more popular in the 2000s, Rolex created a few special oversized movements. Cals. 3136 and 3187 feature a larger 30.97 mm base plate to accommodate a larger date wheel, pushing the date window closer to the edge on the 41 mm Datejust II and 42 mm Explorer, respectively. These movements were rarely used, however, and do not appear likely to be continued as the “big watch” trend dies out. Today’s watches have been reduced in size and can use the regular 28.5 mm movement once again.

Not all 3100 family movements have been as thoroughly updated, however. Notably, Cals. 3130 and 3135 have received the Parachrom hairspring but have not had the other updates seen on the more advanced movements. They still use Kif Elastor anti-shock, for example. These movements remain in production as of 2019.

Beginning in 2015, Rolex has been rolling out a completely new movement family with the Chronergy escapement. It is expected that this will replace the Parachrom movements within a decade. 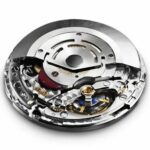