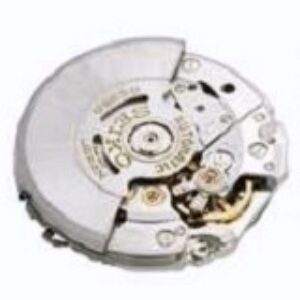 The 4S series was a high-end automatic watch movements from Seiko introduced in 1992. It was used by a variety of Seiko brands, including Credor, until 2015. During that time it was used in high-end luxury, military, exploration, and dive watches and made notable appearances in historical reissues. The 4S series was largely replaced by the 8L and 9S movement family.

The first member of the family was perhaps the most important. Seiko’s revival as a maker of high-end watches began in 1992 with the release of Cal. 4S35, which powered a new high-end Seiko Automatic series. It was based on the 52 stream of movements, the last great design from Daini Seikosha in the classic period of Seiko mechanical watches. Much of the design and development work was performed by Daini workers who returned from retirement to contribute to the new movement series.

A more simply-decorated version, Cal. 4S15, was released in 1995 in the revived Alpinist and new Titanium Diver watches, and this would also be used the following year in the famous SUS Military watches. These would disappear for a few years until the 6R15 was released. 1996 also saw the complicated Cal. 4S77 Credor retrograde GMT, presaging the future of the line.

In the 2000s, the 4S series was limited to Brightz and Credor models. The last 4S movement was Cal. 4S79 in the Credor Node GCAY, which was removed from the catalog in 2015.

Unlike many other contemporary Seiko movements, the 4R series uses a conventional reverser gear for the automatic winding system rather than Seiko’s Magic Lever system. This is derived directly from the 52 stream, which also used this winding system.

Although there are a large number of 4S movement numbers, the list of variants is somewhat smaller:

There were quite a few complications available in this range:

Additionally, there were three variations on a 24 hour “GMT” hand:

From the 1992 introduction of the Seiko 4S family through the early 2000s, Seiko used the 4S line as a high-end movement for diverse watches, including the SUS military, Alpinist, and Titanium diver. Most of these models were retired shortly after introduction, and the series of simple 4S movements was phased out by 2003.

After 2000, Seiko had more diverse mechanical movements to choose from. The 4S family was moved upmarket as a base for modules to use in complicated upscale watches. The last 4S movement was retired in 2015. 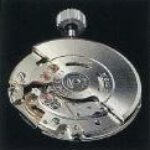 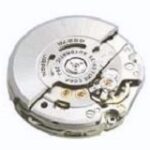 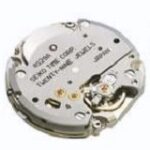 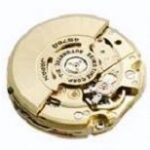 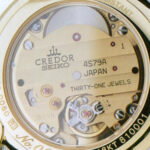