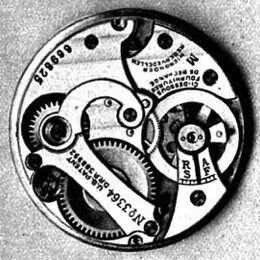 Cal. JB1 from Excelsior Park was an 18 ligne stopwatch movement produced in the 1920s. The crown is used for winding and can house a co-axial button in addition to the button at 11 (with the crown at 12). Excelsior Park made standard, rattrapante (Cal. JB11), and addition timing versions of Cal. JB1. A high-beat (36,000 A/h) version was also produced. Internal documents show the movement called “Cal. B” and that it was available in 20 and 22 ligne versions in addition to 18 ligne.

One notable feature of Cal. JB1 is the distinctive J-shaped barrel bridge, a signature of the Jeanneret family of Saint-Imier. It also includes the Jeanneret spare parts compartment embedded in the movement next to the balance. 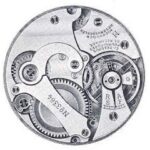 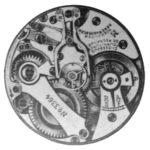