Cal 4L/6L are “Hi-Beat” movements by Seiko standards, operating at 28,800 A/h (8 Hz). They were remarkably slim on introduction at only 3.6 mm despite automatic winding. Although a Japanese design, it includes many signature Swiss features, including Incabloc Double-Cone shock absorbers and an oscillating pinion automatic winding switcher. It is exactly the same size as the ETA 2892A2, 25.6 mm, with the same locations for dial feet, crown, hands, and date window. This makes it a drop-in replacement when that movement is unavailable.

There have only been four movements in the Seiko 4L/6L family:

The Seiko 4L/6L movement family is extremely rare, having only appeared in three versions in upscale and rarely-seen watches. The first member of the family, Cal. 4L25, was listed in the Seiko catalog from 2006 through late 2008 in the SARA watch line. Cal. 4L75, an upscale version, appeared in 2007 in the Credor Signo and Node lines and was retired in 2013. These differed only in accuracy (-15/+25 vs. -10/+15) and finishing. The movement returned in 2018 as Cal. 6L35, briefly used in a limited-edition Presage model, before returning to full production for Credor’s GCCD line in 2019 as Cal. 6L75.

There is no question that Seiko was working on this movement much earlier, however. It was talked about in the early 2000s, and Soprod began using the design as the basis for their Alternance 10 family in 2004. The movement continues to be produced by Soprod as Cal. M100, making it likely that far more Swiss offspring have appeared than Seiko-branded models.

Seiko Instruments first designed their Cal. 4L family to create an ETA 2892A2 competitor for the Swiss OEM market. It appears that it was not intended for use in Seiko products initially.

SFT subsidiary, Indtec SA, announced their Swiss Made version, “Alternance 10” or “A-10”, in 2004 and began offering it to Swiss watch makers. The company was not explicit about the design source of the movement. The company took the Soprod name shortly after, with the movement commonly called “A-10.” In 2007, Soprod was acquired by Peace Mark of Hong Kong for the company’s quartz movement operations in China, and the Swiss mechanical operations were sold to Festina Group the following year. Seiko introduced their own 4L25-powered Brightz and Credor models, though the 4L family remained rare and was retired after 2013. Soprod continued to produce the A-10 as well as many modules in partnership with Dubois-Depràz.

Soprod redesigned the movement and announced the updated and renamed Cal. A10-2 in 2012. At this time the company also reworked and renamed the module series to differentiate their products from the simpler offerings of the competition. The A10-2 was renamed Soprod M100 in 2016, along with another refresh of the modular offerings. 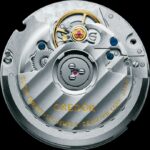