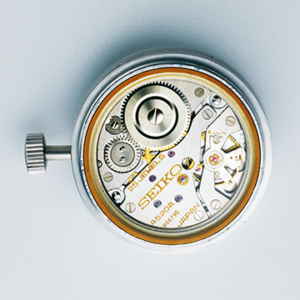 The “45 stream” was a series of hand-winding Hi-Beat (36,000 A/h) movements produced by Daini Seikosha for Seiko watches (including King Seiko and Grand Seiko) between 1968 and 1974.

Throughout the 1960s, Seiko had two internal operations competing for watchmaking supremacy. Suwa Seikosha, formed in 1959, focused on high-end men’s watches and originated the Grand Seiko line. Daini Seikosha, the historic watchmaking operation for Hattori Seikosha, developed the alternate King Seiko line before creating the famous Grand Seiko Style with the 44GS of 1967.

In 1968, both Suwa and Daini produced a Hi-Beat movement fit for a Grand Seiko watch. The Suwa 6100 stream was an automatic while the Daini 4500 was hand-wound. Both were used in Grand Seiko models until the decline of mechanical watches in that line around 1975.

The Daini Seikosha 4500 stream replaced the respected but slow-beating 4400 stream in King Seiko and Grand Seiko models. The move from 5 Hz to 10 Hz had been a singular technical challenge for Daini, both from a design and metallurgical standpoint. But the movement featured other technical advances as well, including an “instant” date change mechanism. 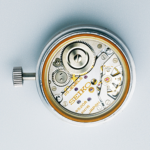 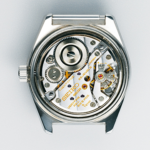