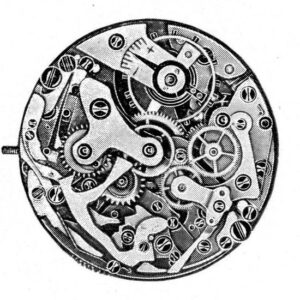 Although not as well known as the landmark Cal. 48 family, Landeron’s Cal. 71 family was also an early cam-switching chronograph movement line. It measured slightly larger at 14 ligne (rather than 13.75 ligne) but both were officially measured at 31.0 mm diameter.

The initial Cal. 71 was soon joined by an unusual offspring: A simple column wheel variant, Cal. 72. A second generation of the cam switching mechanism soon appeared as Cal. 75 with a 3/5 plate rather than separate bridges for the fourth and escape wheels. Next came Calibres 73 and 77, which used a different cam mechanism with conventional bridges and 3/4 plate, respectively. The final members of the family were Calibres 78 and 79, bridge and 3/4 plate. 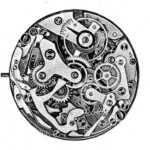 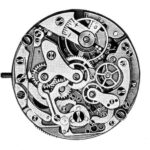