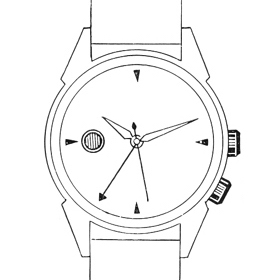 Cal. 230 (called “Alertic” by Vénus) is a family of watch movements produced by Vénus in the 1950s and 1960s. The popularity of the Vulcan Cricket spurred the development of other alarm watches including the Jaeger-LeCoultre Memovox, Junghans Minivox, and A. Schild AS 1475 movement, and Vénus capitalized on this with Cal. 230. A similar movement, Cal. 231, was also produced, along with Cal. 232, with a date complication.

Unlike other alarm movements, Cal. 230 has a single barrel for both timekeeping and alarm functions. The alarm function is controlled using a second crown at 4:00: It is pulled out to enable the alarm, and set in neutral position to disable it. When the second crown is in neutral position, rotating the hands in reverse using the main crown drags the alarm hand backward to set it. Another unusual feature is a alarm setting indicator on the dial side of the movement, which typically displayed red/green or black/white through an aperture in the dial. 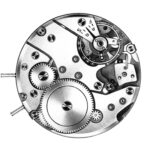