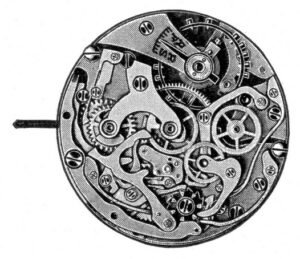 It is closely related to the 14 ligne Cal. 175 family, which appeared a few years later. The entire family was revised after World War II, when the calendar complications were introduced. Cal. 150 is closely associated with Breitling, which used it in many watches, but was also used by many other chronograph brands in the 1950s, notably Gallet, Tavannes, Telda, Fortis, and Juvenia.

The original Cal. 150 was a monopusher design with a 5-column wheel, but this was quickly updated to a 2-button 7-column design. The chronograph is engaged using a traditional horizontal clutch mechanism. Production of the Cal. 150 family ended by the late 1950s, and certainly by 1960, though sales continued for some time using back stock.

Vénus is said to have sold the tooling for Cal. 150 and 152 to the First Moscow Watch Factory in the late 1950s. This was shortly before Vénus moved from their original factory to the former Pierce factory, also in Moutier. The company was focused on producing the cam-switching Cal. 210 Family and saw no need to continue production of the pre-war column wheel design. First Moscow Watch Factory produced the movement under the Strela brand, calling it Cal. 3017. It remained in production for decades there. It is said that as many as 100,000 examples were produced before 1980. The same factory later purchased the tooling for the Vénus-based Valjoux 7733 when the Moutier factory was halting production of movements entirely. 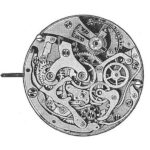