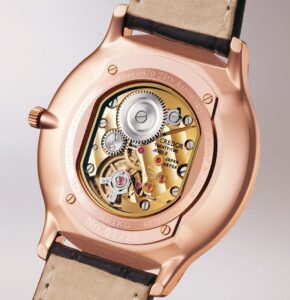 Seiko’s 68 stream is a family of ultra-thin hand-winding watch movements produced since 1969. Originally created by Daini Seikosha, the descendants of Cal. 68A continue in production as of 2020 and remain an impressive technical accomplishment.

The original Cal. 68A was only produced for a short time following its 1969 introduction, but Cal. 6810 lasted all the way to 1978. It was squared off at the sides for a near-tonneau shape. This fit in the square and rectangular watches that were popular at the time.

This would have been the end of the Cal. 68 family if Seiko had not brought the movement back into production in 1991 for a special limited-edition “U.T.D.” watch for the 110th anniversary of the company. It re-entered regular production by 1993, continuing in use in the simple SCVL series until 1998.

Also in 1993, a new updated version was introduced, Cal. 6870, with better finishing for use in Credor watches. Although still hand-built, the future 68 series would be focused on this high-end brand.

In 1996, the skeletonized Cal. 6899 was released, with a complete redesign. For the first time since 1969, the movement was round. This allowed the balance to be relocated opposite the winding stem, and the bridges were completely changed. All future versions of the movement would use this new architecture. Cal. 6898 is the next to appear in the catalog, bringing a small seconds subdial in 2005. Next came Cal. 6890, a simple movement with no running seconds, in 2009.

The newest member of the Cal. 68 family is perhaps the most important. Introduced in 2016, Cal. 6830 is Seiko’s first tourbillon. Replacing the balance at 9:00 on the dial, the tourbillon includes many innovations to be constructed so thin and with so few parts. 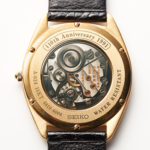 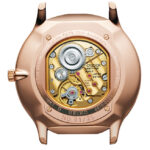 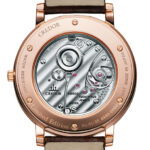 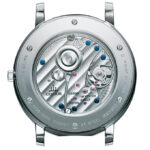