Chronoswiss purchased a large inventory of Enicar Cal. 165 movements, ebauches, and components and began constructing a new movement family from them in the late 1980s. In 1991, the company launched their first “manufacture” movement based on these components, Cal. C.122. This regulator movement was used in the famous Chronoswiss “Régulateur-Automatique” watch, which remains in production as of 2019.

This movement differs greatly in decoration from the base Enicar movement, and features an entirely new uni-directional (counter-clockwise) automatic winding mechanism and bridge. The date function is removed and replaced by a Chronoswiss-designed regulator train or other complications. 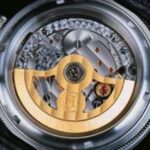 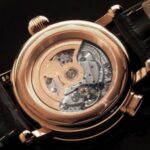