Soprod SA was founded in 1966 in Tramelan, Switzerland as a mechanical watch component producer. The company was purchased by Léman Capital in 2005 and combined with quartz movement producer SFT Group to become STM Holding. This was purchased by Hong Kong-based Peace Mark in 2007 but financial issues forced the sale of the Swiss mechanical movement operations to Festina in 2008.

Today, Soprod is owned by Festina Group. Unlike competitors, Soprod prides themselves on in-house components and designs, though their premier movement uses Seiko technology. The company has manufacturing capabilities in Tramelan, Sion, Le Saignelégier, Maiche, Le Sentier, and Porrentruy.

Soprod primarily focuses on watch movements and complications. They are best known for the Alternance 10 (now called M100) and complicated C series movements in the A10 family. In 2020, Soprod introduced a mainstream automatic movement known as the Newton.

Soprod also produces modules for use with other movements: 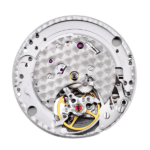 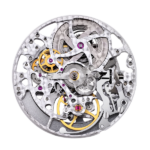